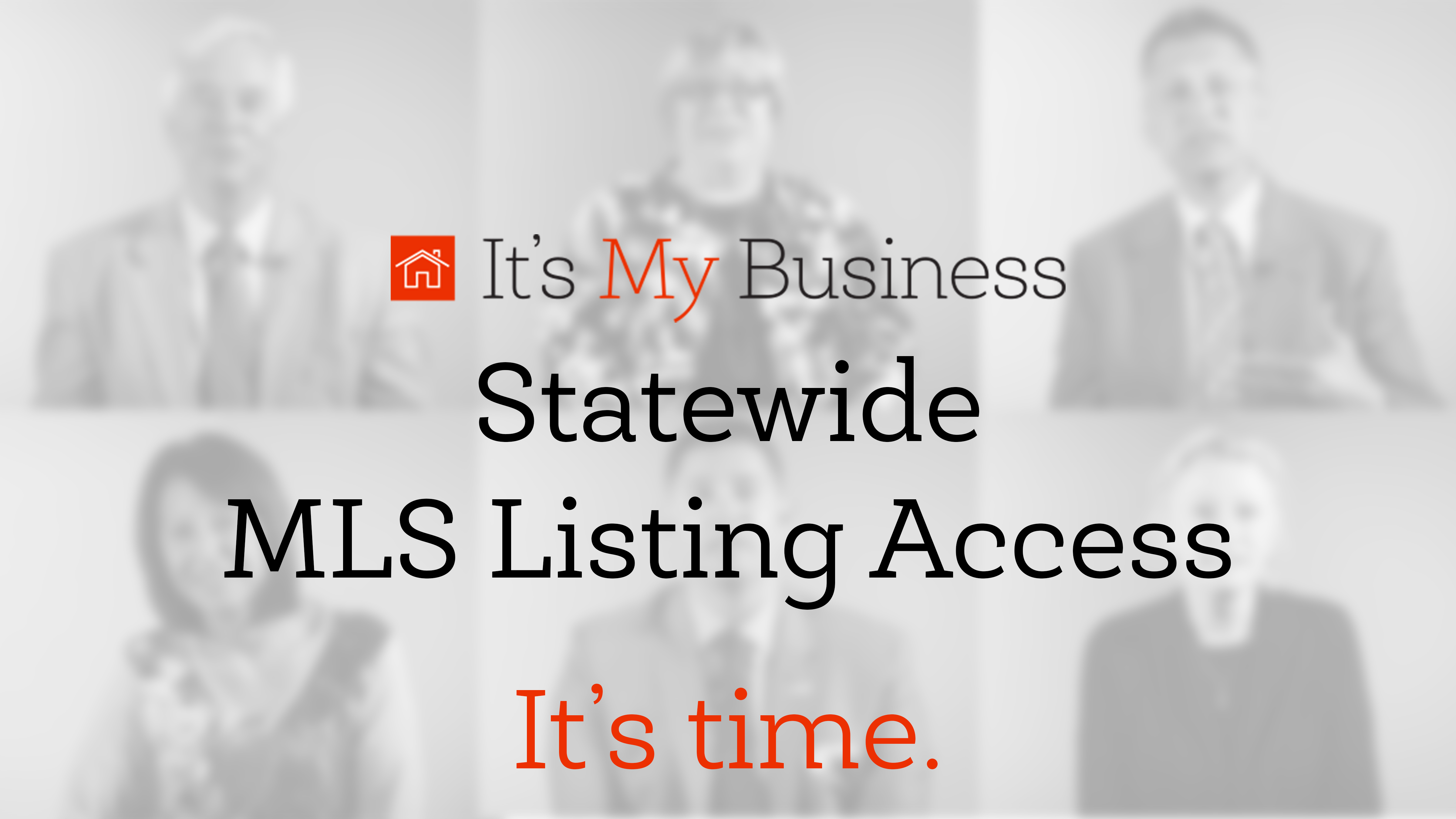 Last week we released a new video for the CRMLS-led It’s My Business campaign, featuring several prominent figures in California real estate sharing their support for the statewide MLS access movement and relating personal experiences as evidence of the need for change. We met with the industry leaders at the Spring C.A.R. meetings in the state capital of Sacramento, where the It’s My Business booth also garnered interest amongst hundreds of brokers and agents in attendance.

Notable among the interviewees is past C.A.R President Jim Hamilton, who began working toward a statewide MLS in 2005 with the C.A.R. initiative CALRED. Since then, Hamilton says, “we’ve come a long way,” citing the decrease in the number of MLSs statewide from 71 to 44 in the past decade. “But,” he adds, “we’re not there yet.”

The added support to the It’s My Business campaign comes amidst our announcement of new agreements with the North Bay and Marin Associations of REALTORS®, whose brokers will now have the option to choose CRMLS as their MLS provider. Those who opt to use CRMLS will gain access to over a 100,000 active listings throughout the state, joining our network of over 80,000 California real estate professionals.

CRMLS CEO Art Carter said in a press release, “It is very important to us that Association members have a voice within the MLS, which is why all changes made at CRMLS are first approved by local Association representatives.” This sentiment is echoed by three Association Executives appearing in the new video, including Peggy Mead of the Chico AOR, who remarked, “Everybody gets one vote on the [Operations] Committee, and we’ve had tons of things that we’ve been able to accomplish through CRMLS.”

Our network at CRMLS continues to expand as more and more industry professionals are educated about the benefits of a single point of access to aggregated listing data. If you have questions about the campaign for statewide MLS listing access, or if you would like to support It’s My Business, visit itsmybusiness.me and JOIN THE MOVEMENT! Help us get the word out to your network of agents and brokers by liking the campaign on Facebook and following it on Twitter below.

This site uses Akismet to reduce spam. Learn how your comment data is processed.

We use cookies on our website to give you the most relevant experience by remembering your preferences and repeat visits. By clicking “Accept”, you consent to the use of ALL the cookies.
Do not sell my personal information.
Cookie SettingsAccept
Manage consent

This website uses cookies to improve your experience while you navigate through the website. Out of these, the cookies that are categorized as necessary are stored on your browser as they are essential for the working of basic functionalities of the website. We also use third-party cookies that help us analyze and understand how you use this website. These cookies will be stored in your browser only with your consent. You also have the option to opt-out of these cookies. But opting out of some of these cookies may affect your browsing experience.
Necessary Always Enabled
Necessary cookies are absolutely essential for the website to function properly. These cookies ensure basic functionalities and security features of the website, anonymously.
Functional
Functional cookies help to perform certain functionalities like sharing the content of the website on social media platforms, collect feedbacks, and other third-party features.
Performance
Performance cookies are used to understand and analyze the key performance indexes of the website which helps in delivering a better user experience for the visitors.
Analytics
Analytical cookies are used to understand how visitors interact with the website. These cookies help provide information on metrics the number of visitors, bounce rate, traffic source, etc.
Advertisement
Advertisement cookies are used to provide visitors with relevant ads and marketing campaigns. These cookies track visitors across websites and collect information to provide customized ads.
Others
Other uncategorized cookies are those that are being analyzed and have not been classified into a category as yet.
SAVE & ACCEPT